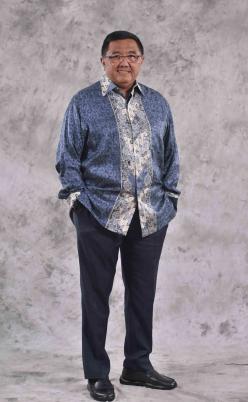 He serves as Commissioner of the Company pursuant to the Annual General Meeting of Shareholders resolution on June 5, 2017. Prior to becoming part of PT Golden Eagle Energy Tbk, he held several important positions such as the Chief of 1F Division Staff, Chief of KODAM III Siliwangi Staff, Panglima Divisi 2 - KOSTRAD, Commander of KODAM VI Tanjung Pura, Panglima KOSTRAD and KASUM TNI. And until now, he also holds the position as Independent Commissioner and President Commissioner of PT Unggul Indah Cahaya Tbk (since 2010).

He obtained the title of The Indonesian Army from the Indonesian Military Academy (1975), INFANTRY from SUSLAPA (1985), Army of SESKOAD (1990) and LEMHANAS (1999), and Law Degree from STHM (1995). And he has no affiliation relationship with other members of the Board of Directors, Board of Commissioners, or shareholders.